I agree with Dave Jones, Patreon has made a big mistake

This morning the UPS guy greeted me with a new Ubiquiti UniFi access point destined for use at work. I have been using a Mikrotik RB951-2HnD as a router and access point but I'm wanting to take advantage of 802.11ac various reasons so I ordered a UAP-AC-IW to replace the built-in Mikrotik WiFi. I'm still going to use the Mikrotik as a router and switch. 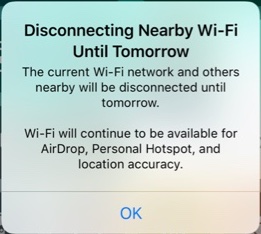 I have been trying to get AWStats running on my Debian 9.2 (Stretch) web server. It has been fighting me. This is as much a note for future me as it is for you.