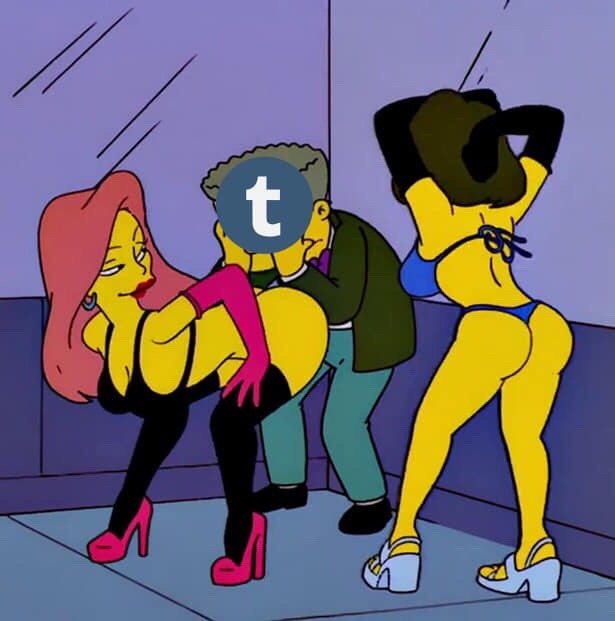 I'm trying to figure out a way to balance the lack of surprise and schadenfreude I have at Tumblr/Verizon's decision to paint all sexual content with the regressive and transparent 'but think of the children' brush. Tumblr grew largely thanks to the alternative and adult communities that found its permissive and accepting nature welcoming. It became what it is today because of the LGBTQ+ and sex worker communities, and now it has decided to break up. Their post paints a pretty picture full of platitudes, inclusiveness, acceptance, and love of community but it is obvious to the most casual of observer that it is just a sham. Tumblr is breaking up with the people that helped it grow because it is easier than trying to actually make the service a better place.

I feel bad for the users that are being displaced, some of whom I have followed for close to a decade. I admit I do feel a bit like pointing and laughing at the management of Tumblr who just signed their product's own death warrant, but most of all I feel like this is yet another billboard for retaining control of your community, and your content. In an era with filled with social media companies promising to help you build communities and share content it is more important than ever to remember that at the end of the day they all will betray you eventually because you aren't their customer, you are their product. At some point your needs will clash with theirs and they will without remorse chose themselves every single time.

Anyone who creates anything on the Internet needs to relentlessly protect their community by ensuring that they have control. I am sure it sounds a bit bizarre to some but if you are going to use services like social media to engage people (which you basically have to right now) you need to act like any day you could wake up and find them gone. You need to ensure that people can find you again, that your content and community doesn't just disappear and that you can move on to whatever comes next.

Tumblr will die, the Internet will move on. In a couple years it will be another story the olds tell the kids these days, but hopefully... we learn. In the mean time, I'm firing up grab-site and archiving the people I have followed on Tumblr for the last 10 years. Hopefully we will cross paths again.

For creators, find a way to root your community in something you control. Go pay Ghost or a similar host to house your blog. Domain names are cheap these days, I like Gandi but there are many places that will sell you one. Resist the urge to get a free blog with a free url. Being www.example.com/you is no less risky than being you.tumblr.com. It's not expensive, or difficult anymore to maintain a presence online where you are the customer. It isn't perfect, but at least when you own the domain name if you need to change providers your address stays the same and your community can follow you to your new home. Link everything to your blog and link your blog to everything. Make it the clearing house for all that you are doing, make it easy for your community to follow you when the inevitable happens.

For members of communities, and followers of creators, if it isn't clear where to go next reach out to the creators. Many of them are scrambling to find a place to land or to let all their followers know where else they can be found. If you don't know ask, and politely suggest they think about creating a place they own to anchor their community if they havne't already..