It is hard to describe the experience of learning to fly to people who have not done it. It is equal parts elation and frustration as you try to assimilate all the procedures, regulations, and knowledge required to become a pilot. Instead of a ``learning curve'' it is periods of frustration followed by discovery and joy. It is an investment in brain real-estate and muscle memory as well as the more obvious time and money.

Like everything else in life though... if it was easy -- everyone would do it.

Part of the FAA flight training requirements (14 C.F.R § 61.109) require 5 hours of solo cross country time. Usually this is broken up into 2 flights. A 'short' there and back again hop to build the student's confidence and then a longer trip to satisfy the 61.109(a)(5)(ii) requirement of a 150+ nautical mile 3 stop affair.

So yesterday's mission was to complete the there and back again hop down to Ithica Tompkins and back. 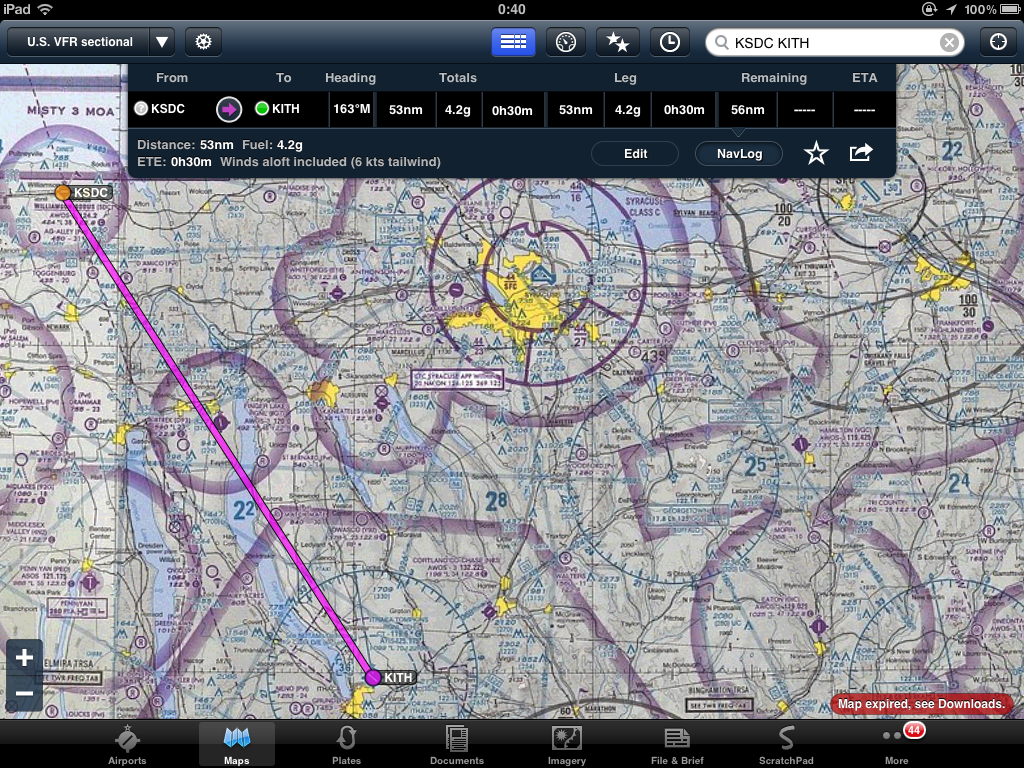 I was a little nervous before take-off out of Williamson-Sodus if I am completely honest... It had been a while since I had no one in the plane to keep me company (and help out), and the various thoughts of things that might go wrong or get forgotten were rattling through my brain.

After the wheels left the ground and I adjusted to the performance of the plane sans instructor the checklist and the planning all helped me build that confidence that I was doing it right. Over the town of Lyons, NY 4 minutes after overflying SDC? Yep. Crossing Cayuga Lake just south of the fat part, swapping fuel tanks, getting in touch with ATC at Ithica? Check.

Ithica tower cleared me to land and asked I make a short final for a Citation who was #2 behind on a 7-mile final. I complied happily and plunked down on runway 32 with plenty of time to spare for the Citation. (There is something quite funny about hearing a several million dollar business jet get told they are #2 to land behind a Piper Cherokee... at least when you are in the Cherokee)

I pulled into the local FBO and shut the plane down, ordered fuel and reflected on my plans. All my checkpoints and times were within 2 minutes of the estimated targets. The landing wasn't professional grade but it was pretty good, nice squeak from the tires as the mains rolled onto the runway followed a couple heartbeats later with the nose wheel. Dump the flaps, brake, make the assigned taxiway turn-off without any drama. 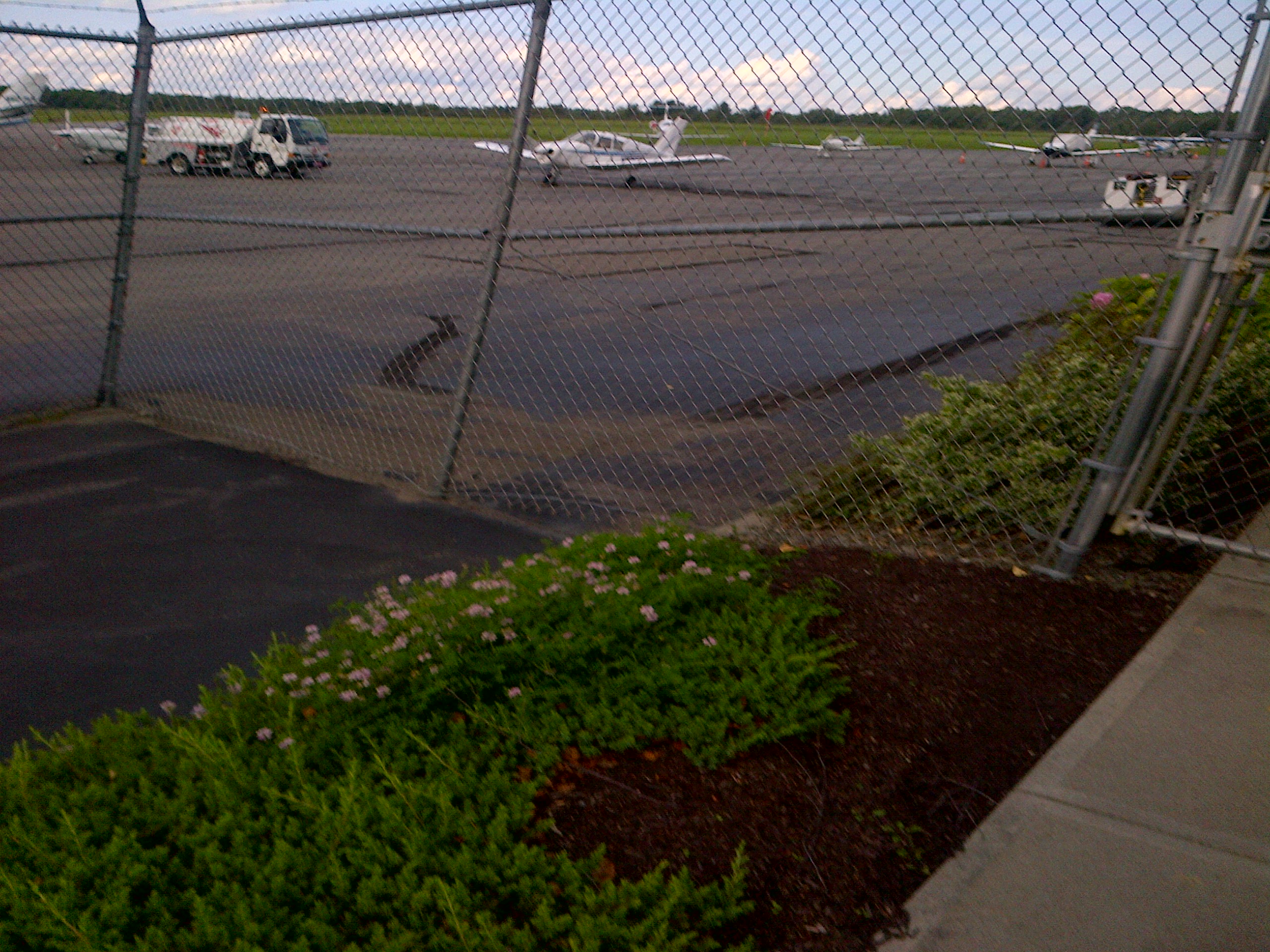 N9855W parked in front of Taughannock Aviation at KITH. If you are in the area they are super nice folks. [www.flytac.com](www.flytac.com)

For lack of a better way of describing it, I felt a bit like a rockstar. The fences and gates and security that the FAA and TSA mandate around airports usually scares people away (which is a shame but a whole other story), puts them on their guard, screams danger, keep out. When you are on the other side of them though, it's hard not to feel special. As of 2012 the FAA officially estimates there are 610,576 certified pilots (including students like myself) in the US. (Source: FAA) That means that out of 309,745,538 Americans (Source: 2010 Census), 0.2% are pilots. I guess I finally found a way into the 1% club!

After visiting with the folks at the FBO for a bit, I called up Flight Services and filed my flight plan, paid my bill for the fuel, and got ready to blast off. A nice, uneventful flight back home to Williamson-Sodus and I was done. Everything went to plan, I felt amazing -- like all the frustration just melted away somewhere up there. Not only could I do this, but I have done this.