The whims of the Internet never cease to amaze me. I used to have a little piece of software that would record Howard Stern and A State of Trance using my Sirius radio receiver and turn it into a podcast that I then synched to my BlackBerry. At some point after the Sirius/XM merger they stopped carrying ASOT and so I was left with Above & Beyond Group Therapy to keep me entertained during my weekly chores and yard work. Imagine my annoyance when they decided to nuke their podcast into a 20 minute advertisement for their 2 hour show which has been relegated behind the streaming service hegemony. There are few things I do better than hate-write software so away I went. Turns out both Armin and Above & Beyond publish YouTube playlists of their shows so how hard can that be? 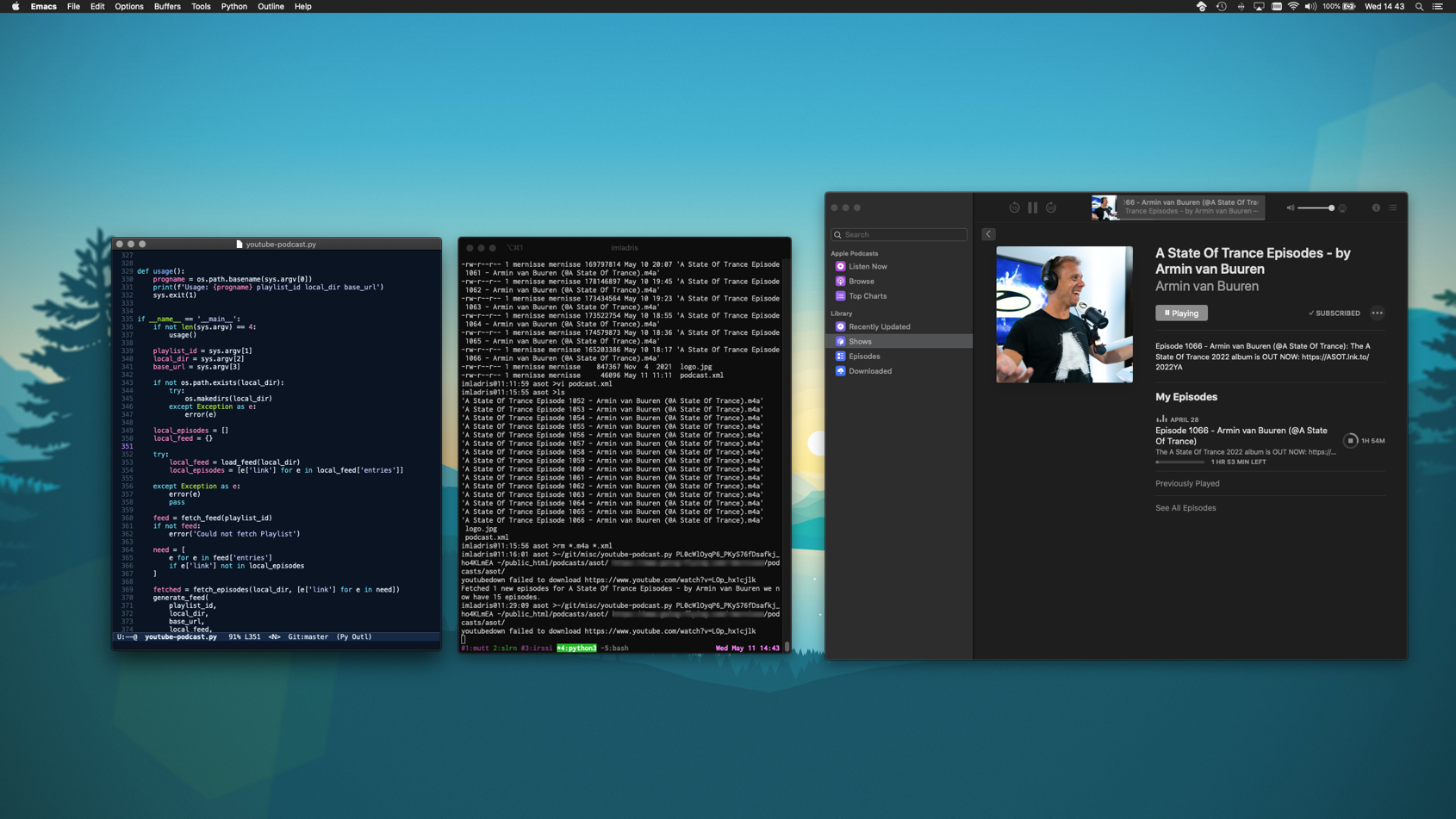 Turns out the answer is not very. I wrote a small Python script to do just that. It takes a playlist ID, a web accessible directory on a web server and the URL that corresponds to that directory and renders out a podcast using ffmpeg and youtubedown to do the heavy lifting of fetching and transcoding the audio files.

In an unrelated rant, what on Earth happened to podcatcher software? It used to be so easy, you plopped a link into an app and away you went. Now it seems that every app wants to put some stupid web service inbetween you and the RSS feed. I switched from Apple Podcasts on iOS to Pocket Casts a while back and was shocked when I saw some AWS IP hitting my server to get the feed for the app running on my phone. Does no one know how to write software for computers anymore? Does every business model start with collect as much data about our users as possible? Also I can't help but notice that the Apple bundled apps for iOS and macOS have just been getting worse and worse. I have noticed it mostly in their Catalyst cross platform apps but we finally have an answer for the question can it be any worse than iTunes.

My Time So Far With Star Citizen >>
<< Docker and nftables gotchas
Comment via e-mail. Subscribe via RSS.