Now that iOS 14 is almost a month old, I can't help but feeling that the text messages that I sent to a friend at launch feels more like wishful thinking than tongue in cheek snark. 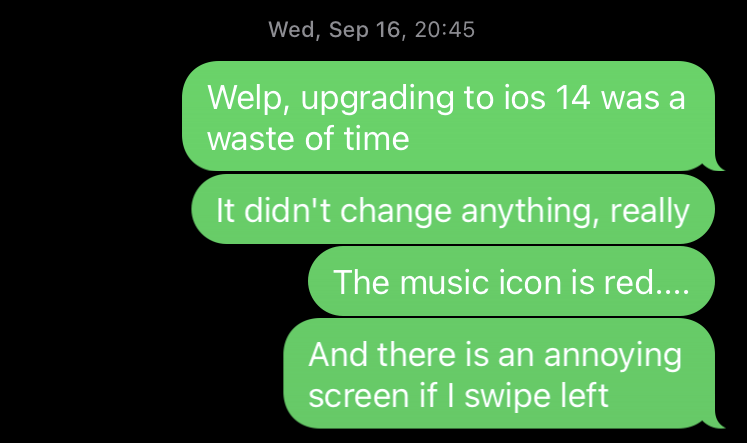 I understand that I have a different relationship with technology than a lot of people. I only have 20 applications on my phone (according to Settings -> General -> About) and would have less if Apple would let me actually delete a bunch of the built in ones. Of those only 3 are allowed to send me notifications (Messages, Mail and Phone). My highly opinionated configuration means that I probably end up hitting the rough edges of iOS that most people don't see. That being said I still feel like the direction that Apple is going with iOS makes no sense.

Why do I need more clutter?

I'm sure that for the people that have screens and screens of apps and a crippling case of FOMO the changes in iOS 14 that I find annoying are useful in navigating the clutter and noise that most mobile device home screens turn into under the weight of a few dozen installed applications. In my case though a lot of the features end up seeming redundant at best and arbitrary solutions lacking a problem at worst. The big usability enhancement seems to be the App Library which is essentially just a screen full of auto-generated category folders (it looks like it is just the App Store category) that lurks off the right hand side of your home screen stack. It's like the Xzibit meme, 'yo dawg, I heard you liked folders so I gave you a screen of folders filled with folders'. Especially when you have been able to just search for whatever app you are looking for by doing the swipe down gesture anywhere for basically as long as I can remember.

Another item I noticed that seems completely pointless is this little dialog box on the bottom of the task switcher. While listening to podcasts in bed I often pop between Safari and my RSS reader and for some reason now it feels the need to inform me that I usually use the Podcasts app when I have Bluetooth audio connected. Why on Earth is this notification here? What value does this information provide to the user? Why does the user need to be presented with this sort of information on the application switching interface?

Speaking of stupid interfaces, I have as much of Siri turned off as is allowed and for some reason Siri Suggestions still shows up wasting space on the search screen. Not only that but most of the suggestions are for things I have removed from the phone because I do not want them. Again, why is this UI necessary? It feels like Apple is preparing to sell advertising space on the search results. 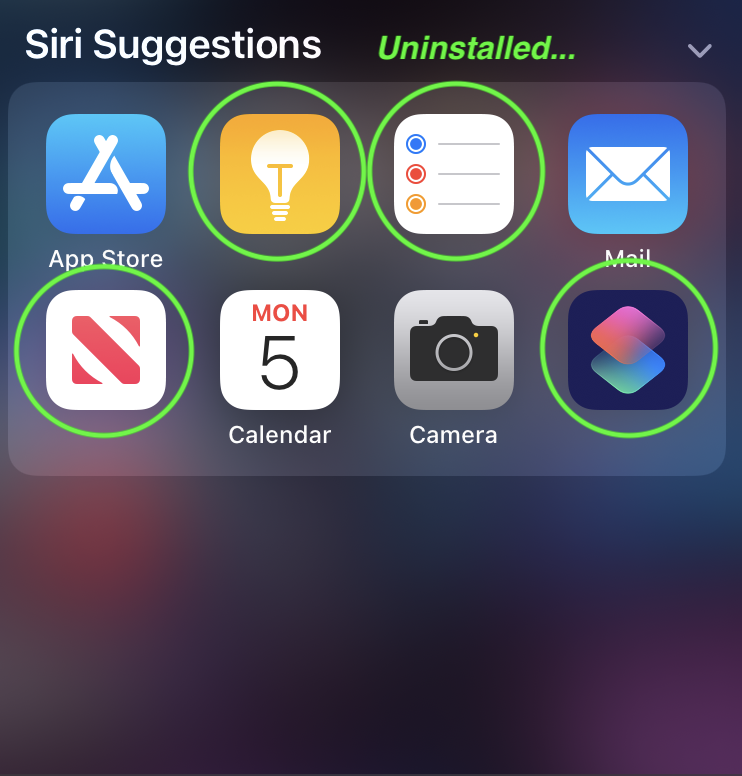 I feel that Apple has lost focus on what it is trying to do. The recent software releases have all felt like the human interface guidelines got thrown out and are being re-worked by some ad-hoc process. There used to be a feel that everything on the screen was thought out and reasoned.. If there wasn't an explicit purpose that was deemed useful to the user, it wasn't there. As an example of the completely bizarre UI decisions in this release, a Thought I posted the other day sums up my feelings on the camera / microphone in use indicators.

Why did the UI "experts" at Apple think that instead of using the same type of indicators they use for Location Services being in use that they'd leave a couple debug indicators compiled into a release build?

Next you find that the toggle switch for the headphone SPL measurement is there for decoration, not actually allowing you to stop the phone from collecting data for which most users have no use. At least the control stays in the off position (even though it still collects data) unlike my friend the long-suffering home control lock screen preference bug. You just get the impression that a number of teams threw stuff over the fence to try to make an interesting keynote. 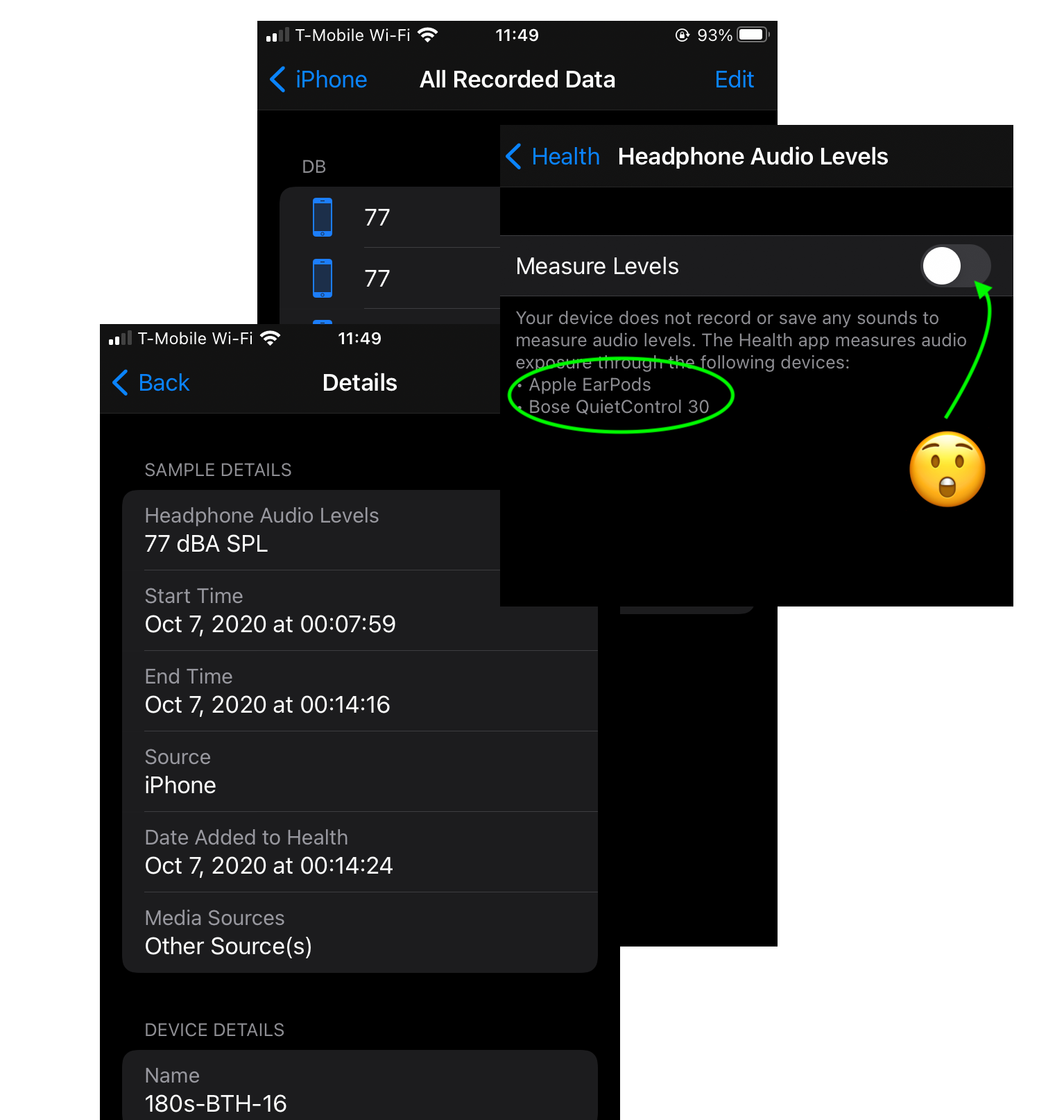 About the only kind thing that I can say is that it doesn't seem any slower on my iPhone 7 than iOS 13 did, not that iOS 13 felt super snappy. At the end of the day I think I still hate iOS less than Android but nothing they have done lately has blown me away. I'd also note that the recent hardware release disappointed me. I know my dream of getting my 3.5mm headphone jack is likely dead unless an act of Congress makes it a requirement, but was USB-C too much to ask for? We are back to the 90s when every damn thing had different cables. I'm so close to being able to switch everything over to USB-C but no. Maybe next year.