And of course I have written several generally glowing reviews about the product line.

The only thing I've been missing is the UniFi switch products. Until recently I have not had a burning need for switches, I had plenty and they worked fine. However, similar to the story of the UniFi USG that replaced a wonky MikroTik RouterBoard I started to have problems with the switch in my detached garage.

I did actually look around a bit when choosing a switch, there are 3 devices in the garage that are powered by PoE that I really wanted the switch to provide. The Linksys did 802.3af PoE, but two of the 3 devices use the "passive PoE" which isn't compatible so I really wanted to either find a dual mode switch or a source for 802.3af to passive PoE adapters.

Well, the UniFi Switch 8-150W fit the bill perfectly. It has the ability to provide 802.3af, 802.3at (PoE+), and passive PoE over its 8 RJ-45 ports and sports 2 SFP cages as well. As with all the other UniFi stuff installation and configuration was a breeze (in fact I did it using the iOS app while standing in my garage during a downpour), and it has been completely problem free since installation (despite several 100+ degree days where I'm sure the poor thing has roasted). 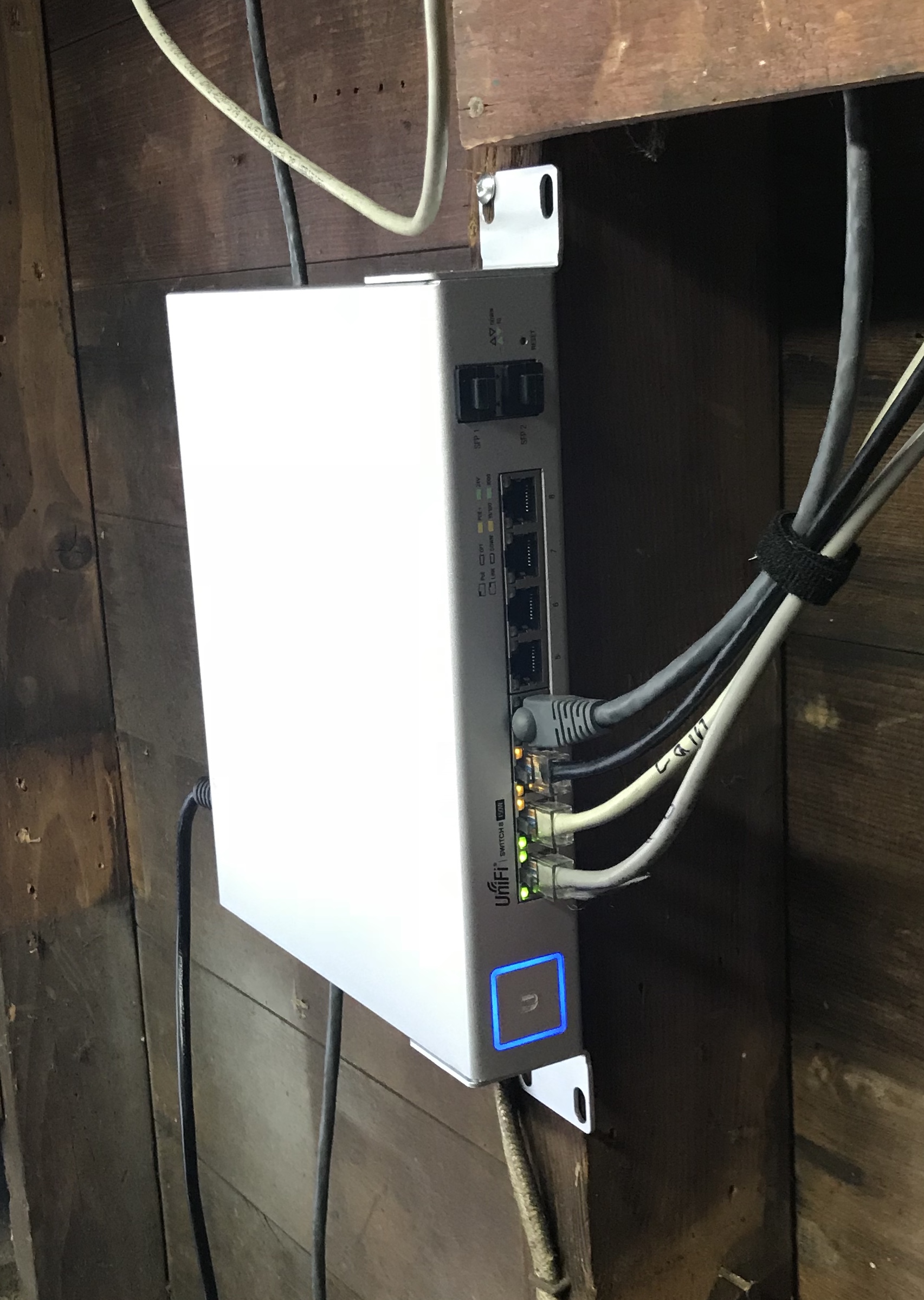 In fact, it worked so well that I kept poking around the UniFi switch line and discovered that there was another switch that scratched a rather odd itch.

At the office, the LAN is provided by the landlord. It is a combination of cable Internet and a bunch of Cisco Meraki gear. I have a PoE+ powered jack in my office that I use for my personal equipment but have not been able to take advantage of it so I have an unsightly mess of power cables and PoE injectors hanging about. Turns out the UniFi Switch 8 (USW8) has just the thing. Port 1 can consume PoE and power the device while port 8 can provide PoE to a downstream device. I was able to eliminate a bunch of crap by dropping in one of these as it was powered from the Meraki switch and in turn powered the downstream access point. 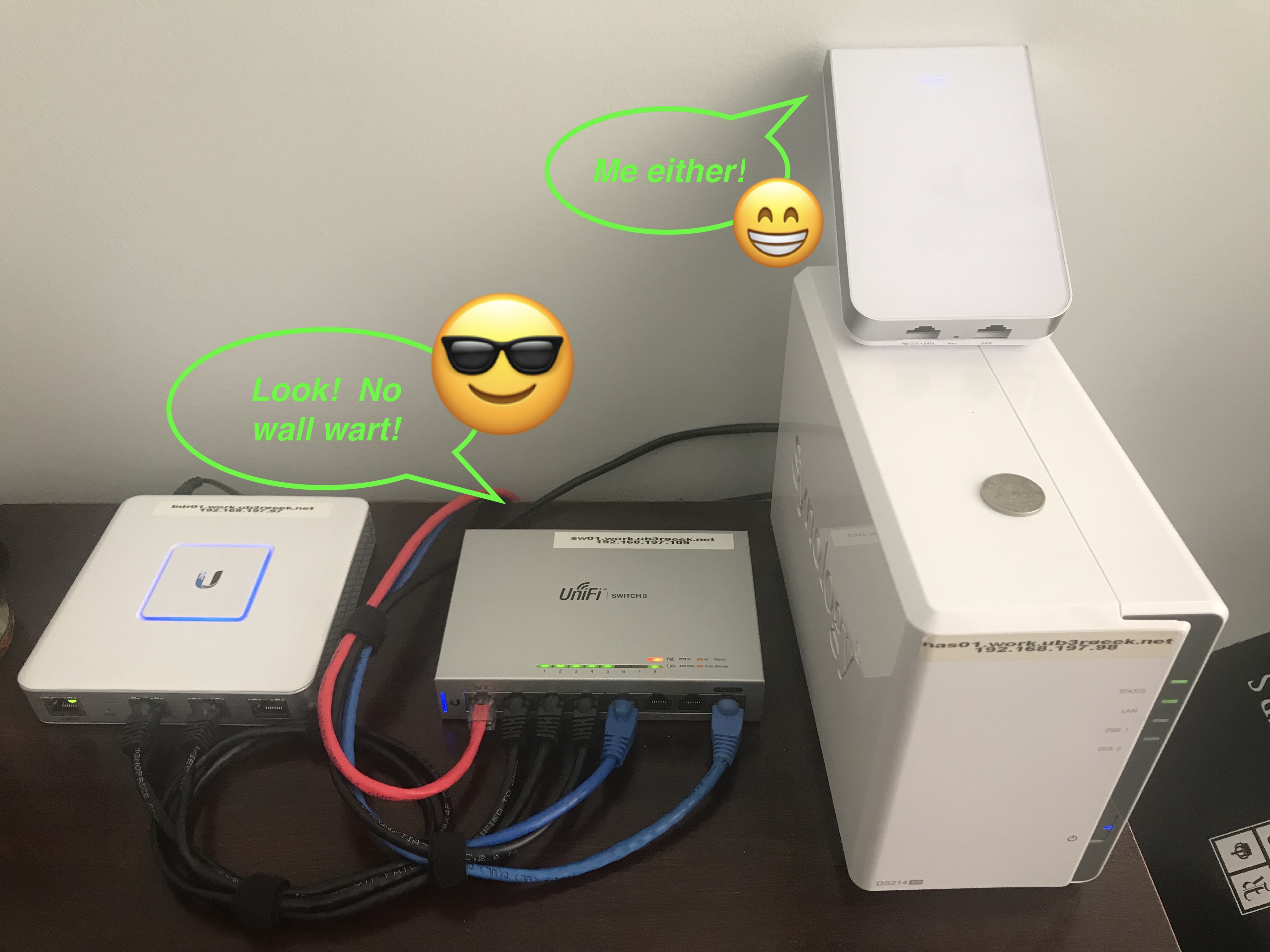 I think it all came out rather smart. Chalk up another well designed product from Ubiquiti. I actually have another USW8 sitting and waiting to be deployed at home, but I have several holes to cut before that goes in.

I wish Apple wasn't so anti-developer... >>
<< A couple notes about the Ubiquiti USG
Comment via e-mail. Subscribe via RSS.