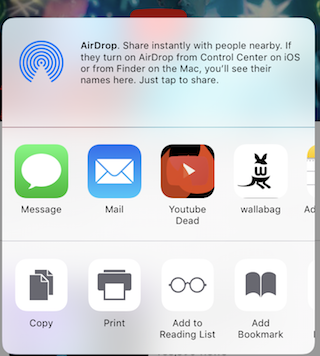 In general I have to say I'm pleased with the iOS development workflow. The APIs seem fairly robust and Swift 4 has clearly had a lot of thought and work put into it to make it much more accessible and readable than Objective C, which I always kind of felt was... a bit overloaded with punctuation. I feel like XCode is the real boat anchor on the whole process, most specifically the interface building tools. I found myself dreading having to work on the UI portion of my app. There are so many quirks in manipulating the various constraints and connections between UI elements and code that it just... hurt. Getting my head back around the event-driven nature of GUI programming took a little while, combined with the nuances of the Apple GCD threading model that their application framework makes use of does feel quite a bit different than the much more straightforward mostly web-based programming that I have done recently. The only other real irritating piece isn't strictly speaking Apple's fault. Swift is a strongly-typed language and JavaScript isn't. This lends itself to some machinations converting one to another (my API uses JSON for communication). I do feel a bit that given the popularity of JSON for web APIs that this should have been more of a solved problem. I ended up using SwiftlyJSON but I still pine for the ease of Python's json.loads and json.dumps methods.

So the app started out as little more than a settings page and a share extension which technically ticked the boxes that I originally set out to tick but once I had gotten there scope creep set in. I justified it to myself by saying that since I was trying to reduce the back and forth between tabs in Safari to start a job that I could just go a few steps further and put all the track and container management into the app as well.

Honestly it didn't take too terribly long to do. I initially used FRadioPlayer to handle the playback but after having to make a bunch of changes to suit my needs I decided to simply re-implement it. As a bonus it ended up about half the size, since I'm not playing a live stream. 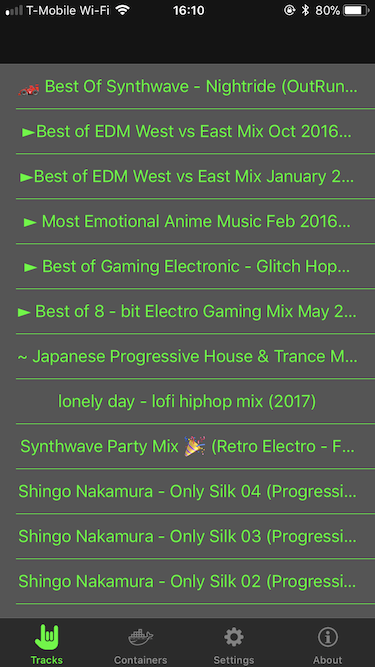 It does really make me sad that Apple has chosen to completely ignore the open source community in their development programs. I don't have a way to distribute the resulting application in any way other than as an XCode project. To use it you will have to get a copy of the project from the git repository and then build and install it from a Mac running XCode. I can't just give you something you can drop into iTunes. In a way I empathize with the desire to prevent random malware by requiring signed bundles to come from the App Store, but not giving the user the ability to choose to install from alternative repositories does mean that there really isn't a good way to distribute free software on the platform. 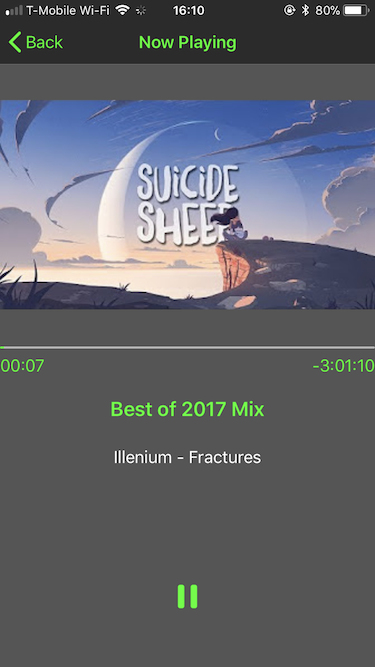 Of course it's not like this will be useful without the rest of the infrastructure, so you'll need the Flask application, the Docker containers, and all of the requisite configuration to make all those things talk. Also be aware that iOS will refuse to make a non-HTTPS connection and will also refuse to verify a CA or certificate that has a SHA-1 hash anywhere in the trust chain (all very good things). 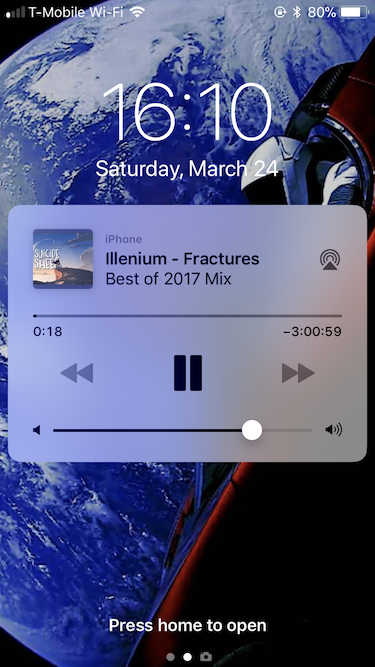 So far it has been an interesting journey down the rabbit hole. There is a lot of maturity on the Apple side of things. Containers certainly have their uses though I'm still afraid of people who think they are a good way to distribute software outside of their organizations. I still think that for most things native applications are at best a step back on the client side. There is a lot less code to make the website part go versus what is required to make the iOS app go and if the Share Extension was exposed via JavaScript I never would have needed to write an app in the first place. 🍺