It is funny. In this day and age of disposable everything, where people are more than happy to shell out money for things that don't actually exist you might think that we've finally left nostalgia behind. There is no point in wishing for the past if it is all still there on some drive somewhere in the cloud.

I am finding that I have a form of nostalgia for old software. More elegant ways to transmit information, closer to the metal as it were. It's probably the same as a well worn tool that has been replaced by a bulky power tool that does the job way faster but makes a big mess, a lot of noise, needs tremendous care-and-feeding and breaks down periodically in spectacular ways, periodically killing people. (I think I just accidentally took a shot at the web browser there...) 👾

But I digress. I started writing this because somewhere in my wandering I happened upon some more of archive.org's amazing work and at the risk of falling off into another rambling tangent I have admit that a part of me envies those folks. Working to preserve the whirlwind of ephemera that is the Internet so that hopefully those that come after us will be able to see all the hideous mistakes we made on our free GeoCities pages back in the early 1990s, play all our old text adventure games, and witness the unbridled hubris as we created what we thought would be an anarchic, academic, utopia.

If you are still reading this and want to learn a little bit about some of the events that shaped the form and function of the network we take for granted today, or you just want to marvel at the ability to still use a dead file format brought back to life by an emulator written in a language that deserves to die...

The Hacker Crackdown by Bruce Stirling 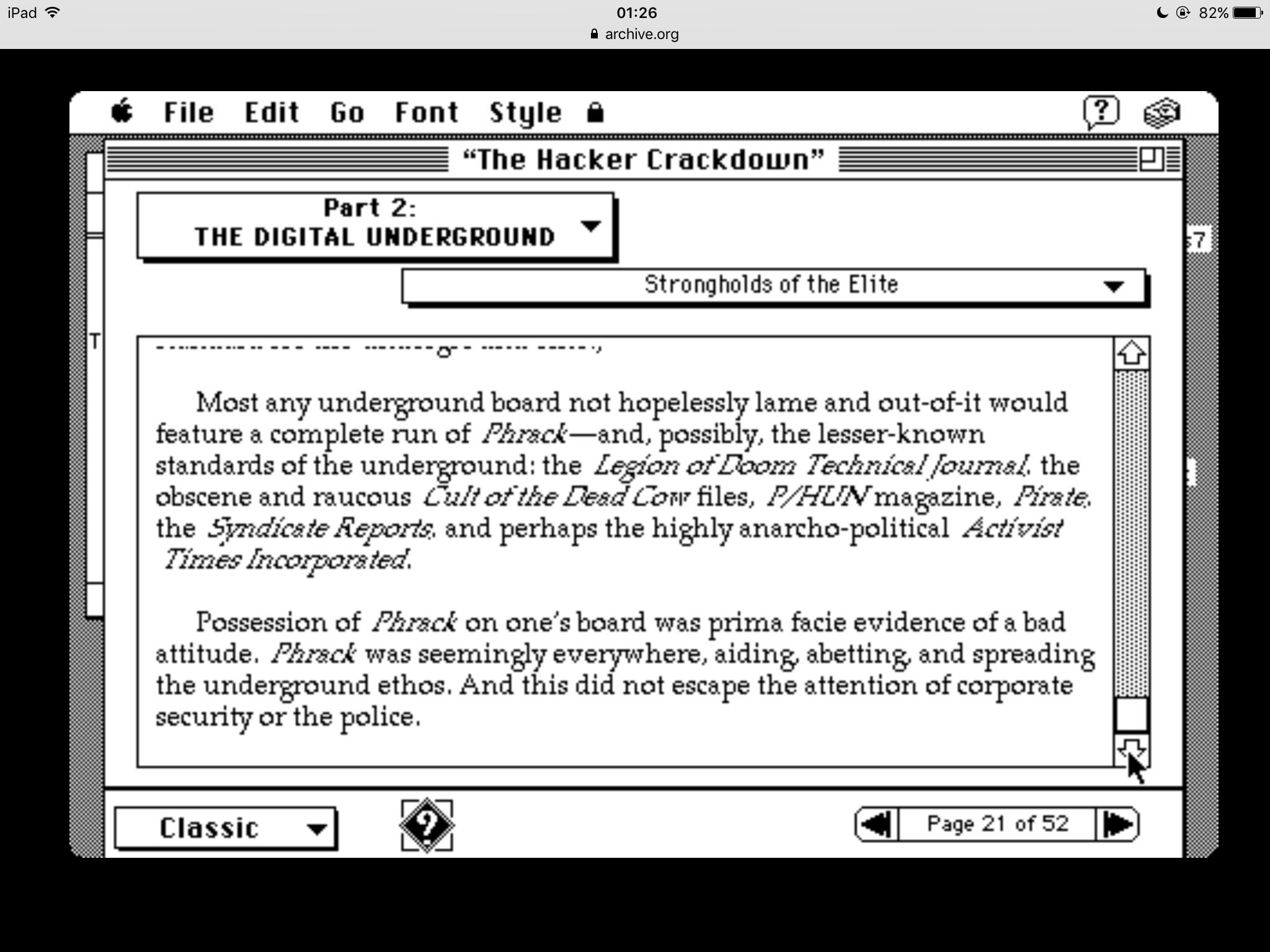 After fighting with the JavaScript emulation on archive.org, I decided to put together a package that essentially mimics what is running in the browser but as a 'native' app. So if you would rather read the stack on your computer or want a starting point for a working Mac SE emulator go grab sterling.tar.gz.