I own my own cable modem and have for the past 10 or so years. At first it was to save on the rental fee for the garbage equipment the local cable company supplied, but since they have stopped charging that it became more of a control thing. I have no need for the garbage router or wifi access point that they supply. I used to work for an ISP and so I'm well aware of the quality and support these devices receive. (Fun fact, the average cost per unit target when I was in the business for a residential CPE device (customer premise equipment) was between US $3 and US $8. For business devices it went up to a whopping US $25 or so...) I also prefer greatly the features and power that my OpenBSD routers give me and I've written more than a few posts about the various UniFi devices I've scattered around to provide WiFi. A few months ago the old Motorola/Arris SurfBoard 6141 I've had started playing up. It needed rebooting periodically to maintain the speeds provisioned. It was probably close to 7 years old and even though it's still a supported DOCSIS 3.0 modem the specs are starting to leave a bit to be desired...

I've used the SurfBoard products since I first got cable internet in the late 1990s and have always had good luck with them so I figured why change now and went and bought a new SB8200. The specs seem to be enough of an upgrade that I'll likely get another 6 or 7 years out of it barring fiber to the home finally coming to my area.

While playing around with the new modem I decided that I wanted to monitor the statistics it provided. Sadly it seems that the cable company, probably in response to the various information disclosure vulnerabilities decided to block the SNMP agent on the device. I'm all for good security practice but it would be nice to provide SNMP on the LAN side at least. Thankfully it still lets you access the web server so once again Python and BeautifulSoup to the rescue. 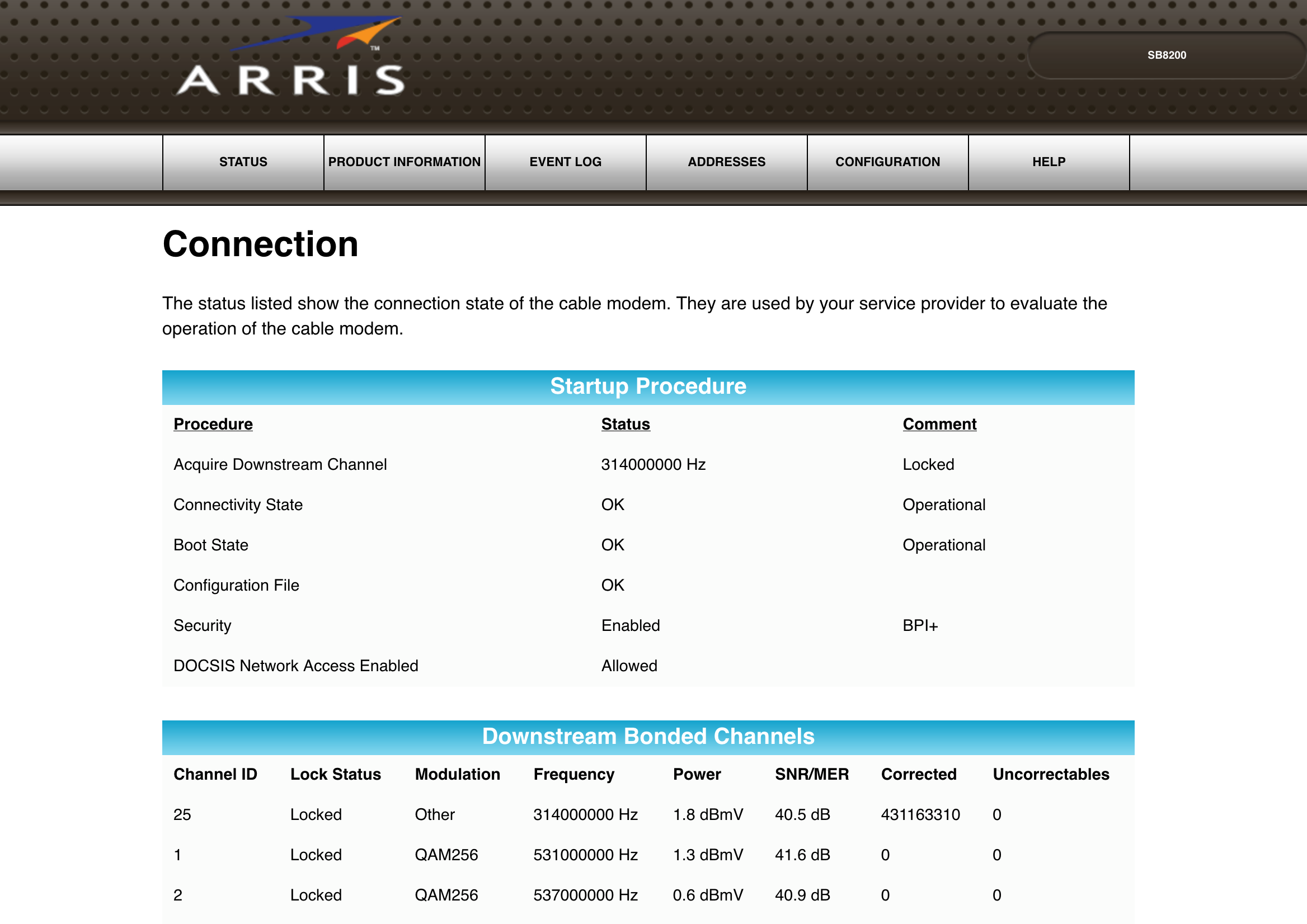 I pulled all the data from the web interface into the same InfluxDB and Grafana platform that I have been talking about lately and pulled together the following dashboard. 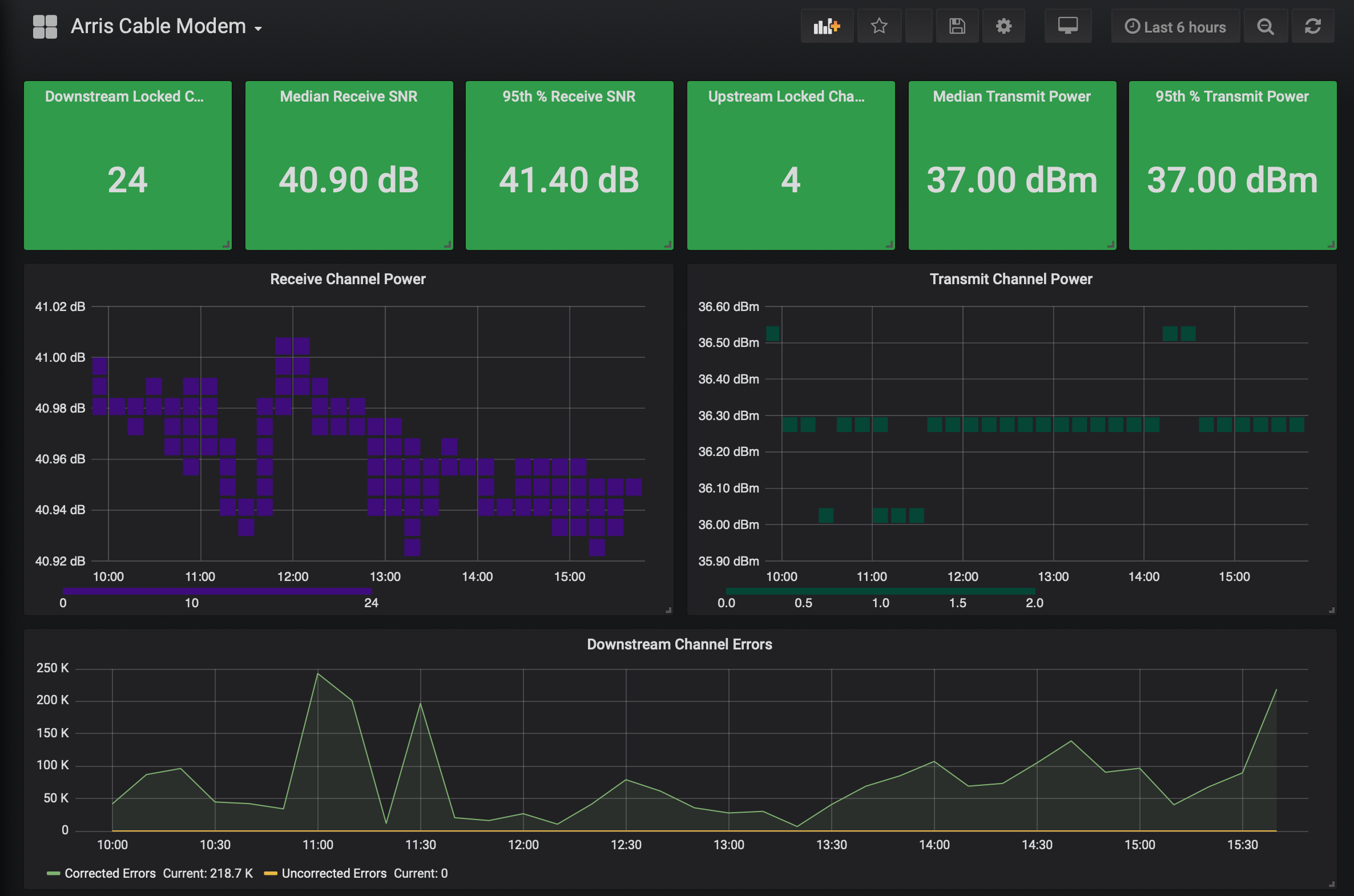 This is strictly a layer 2 look at the health of my circuit. There are separate dashboards monitoring my OpenBSD router for layer 3 information. It does give me a good look at what is going on and just adds to the toolbox of data that I have available to troubleshoot issues. Now that the better three-quarters is working from home full time this is even more important since while I always thought of the network here at home as being all in production, her income is now dependent upon it.

I've got to clean up the script a bit but once I do I'll post it in my miscellaneous script git repository if you want to look at it. It probably won't work with other versions of the Arris SurfBoard modems so be warned it won't be a copy and paste job.

I finally got around to posting the script over in my misc git repository, you can jump directly to it here. There is some configuration needed towards the bottom of the script.