It looks and feels cheap. If you end up not reading beyond this first paragraph then you have your answer. If you would like to know why, read on. Just prior to the holiday in the US I picked up an Apple Watch Series 7. I have resisted the foray into the wearable device market for a long time but was finally tempted by a decade long frustration with alerts on smartphones. Gone are the days of any meaningful strength to the vibration systems in mobile devices and since I am not a psychopath I nearly always have my phone on silent. Similarly I mourn the loss of the blinking LED, eschewed from inception by i-things for reasons defying understanding. Likely one of many dark patterns designed to force you to pay attention to the stupid thing more often than is actually necessary. As such the round-trip time of any sort of notification on my phone (of which only the Calendar, Mail, Messages, and Phone applications are allowed to produce) is often times measurable in hours. The hope being that perhaps the watch can provide a more reliable indicator of an event needing my attention.

The most initial impression upon opening the box and starting the pairing process was flat out awful. So awful in fact I took the time to shake my fist at the clouds about it. The pairing process took over 3 hours and then for reasons that I suspect are due to me deleting the Health and Fitness apps from my phone before it locked me from being able to do that caused me to have to force reset the watch and re-pair it again from scratch. Clearly this whole process was poorly implemented and even more poorly tested by Apple.

You might be asking why I tried to delete the Health and Fitness applications from my phone in the first place. Firstly I am not in the least bit interested in the gamification of my health and wellbeing. More importantly however, I don't trust anyone that I don't explicitly have to trust with personal health information.

Many people seem aware of the ramifications of sharing all sorts of personally identifiable information (PII) (including somewhat perplexingly IP addresses) and the need for confidentially and protection for privacy reasons but an alarming number of people give up various extremely intimate protected health information (PHI) to companies that are under no legal obligation to protect it or even keep it confidential. The US law that protects PHI primarily is the Health Insurance Portability and Accountability Act of 1996 (commonly referred to as HIPAA) but it only covers what the industry often refers to as payers and providers. This basically means the companies administering your health insurance plan (the payers) and those providing the care to you either directly or indirectly (the providers) are the only ones bound by the law. If you give Apple, or Meta, or Google, or Amazon health related information about you, they can (and do) do whatever they want with it, including selling it as part of the advertising metadata about you. I'm not OK with that so I very explicitly opt out of providing any of that information to any device and so the usefulness of the watch as a medication or fitness tracker is outside the scope of this review.

Once running and sufficiently tailored to my likes I couldn't help but come to the conclusion in the initial paragraph. The watch feels cheap. On the wrist it feels insubstantial. The sport band that it came with feels like cheap nasty plastic. I'm used to wearing a rather inexpensive Citizens Eco-Drive watch that cost me less than $200 about 15 years ago on a daily basis and that is worlds nicer to wear. The closest thing I can equate the feeling of the Apple Watch to would be the plastic and rubber Casio G-Shock digital watch I wore during high school that constantly made my wrist sweat. I looked at bands thinking that perhaps there would be one that might present a much better look and feel than the sport band and was horrified to find that a similar band to my Citizens watch would cost me in the realm of $350. I can't fathom the idea of paying the better part of a thousand dollars to end up with a generic looking watch that might be as comfortable to wear as a sub two hundred dollar watch. 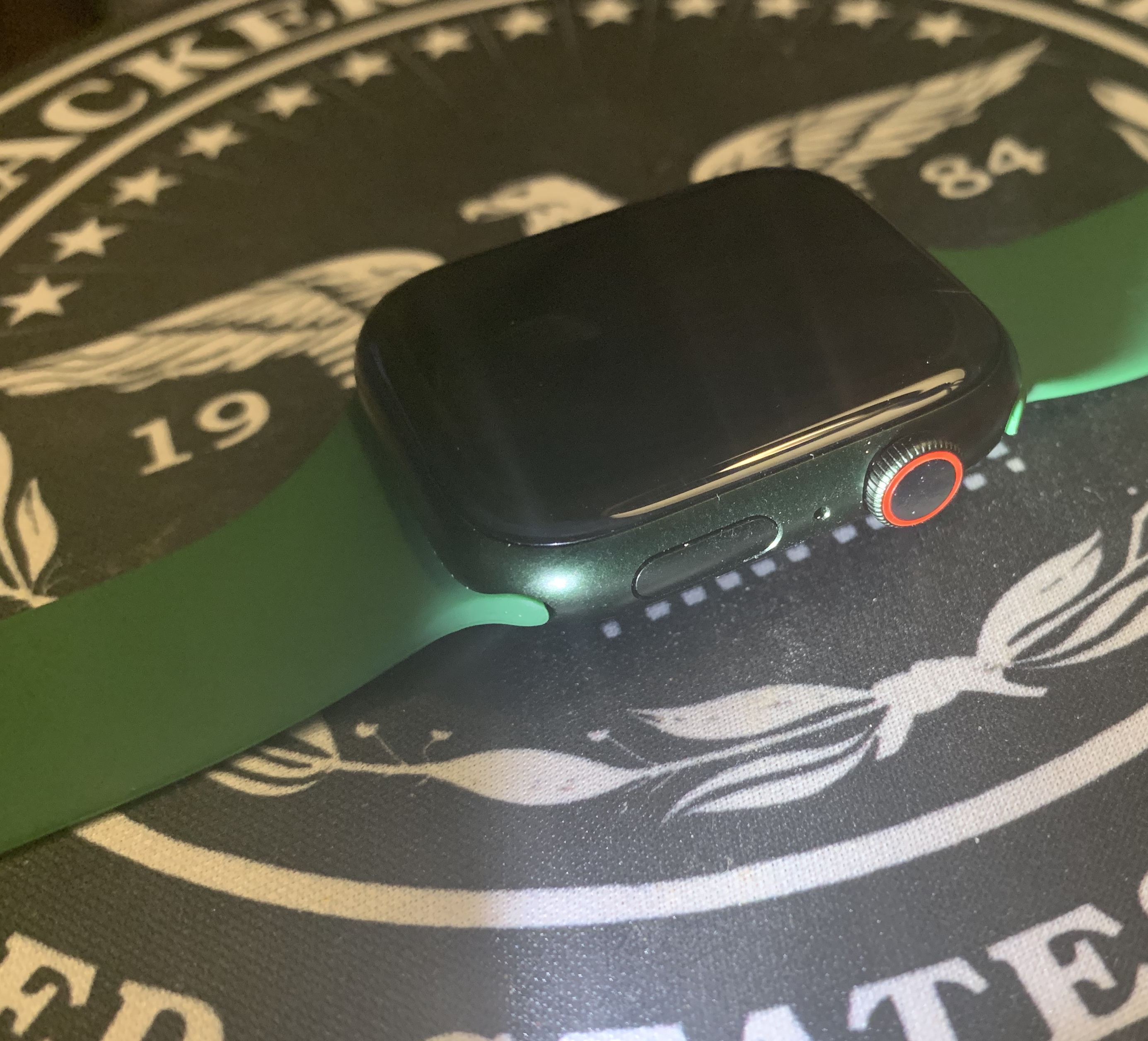 Speaking of generic looks, there are only a few pieces of jewelry that men in professional settings can wear to express themselves and accessorize. The most obvious is the watch. After a few days of wearing the Apple Watch I can't help but notice how bland the watch looks. At best the only impression I get from looking at the watch on my wrist (as a fashion piece) is that I'm a consumer of Apple products. A nasty feeling, frankly. I tried to sell it to myself emotionally with the platitude that I will just wear one of my real watches when I go anywhere nice. It doesn't help its case that I got the green aluminum case and the only way you can tell it's green is under direct, harsh, white LED light.

Aesthetics aside it's also a bit of a poor watch. Even with the always on display it seems to take a moment to organize its thoughts when you raise your wrist to check the time and for some reason I almost never notice the hourly haptic chime. Thankfully most notifications have seemed to be obvious so far but it is a worrying start. I bought this thing for the express purpose of being a better alert channel than my phone.

I can't recommend the watch.